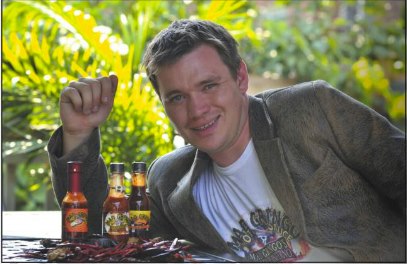 Jordan Engman, of Barrie, decided to spice things up when he started pouring everything he had into his own personal brand of hot sauce. (Mark Wanzel Photo) 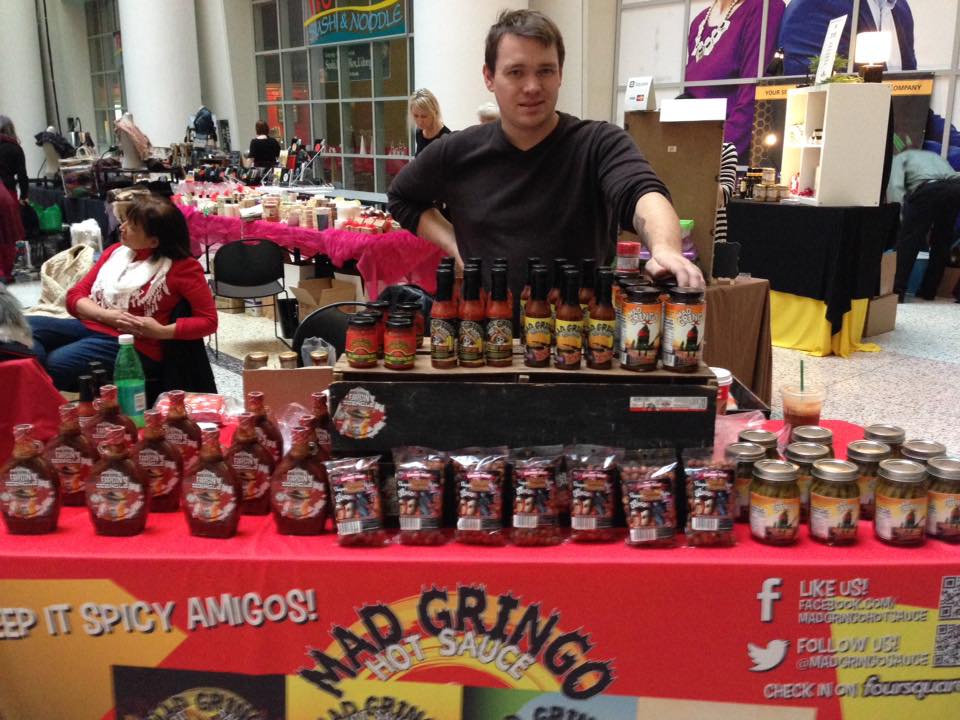 Jordan Engman, who left the corporate world to taste adventure in South America, has bottled some of that flavour in his Mad Gringo line of hot sauce. KATE GRIGG – Special to The Packet & Times 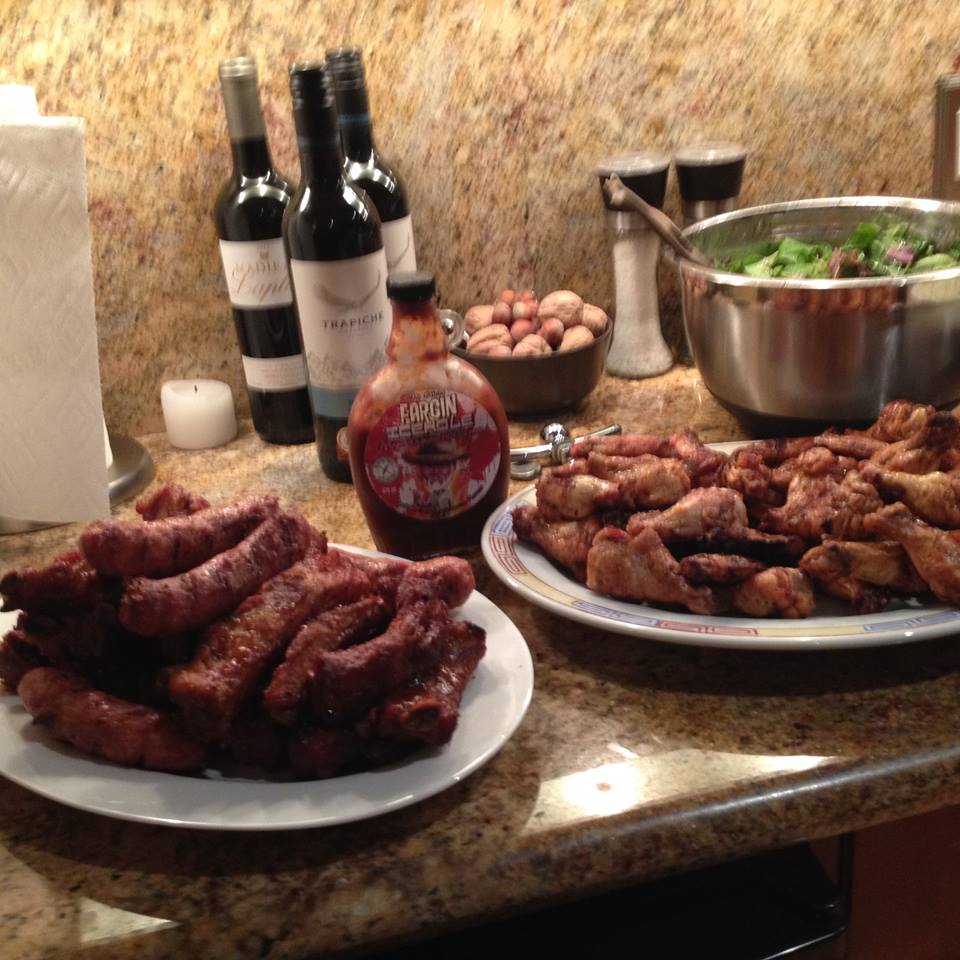 Jordan Engman likes both, and so do his customers.

The Barrie native decided to spice up his work life and add his own flavour by ditching the corporate sector and pouring everything into his own brand of hot sauce.

“It’s a labour of love that barely breaks even at this stage of the game, but it’s mine,” said Engman, owner of Mad Gringo hot sauce, which is made in Barrie. “It’s something I have a true passion for and the people locally who like hot sauce are crazy for it. I have an 85-year-old lady who buys a bottle off me all the time. She loves it.”

This saucy entrepreneur took a trip to ‘flavourtown’ after ditching the corporate sector when it was clear his present job wasn’t exciting enough for him.

“I was in the corporate trades business — big names. I was dealing with VPs and CEOs of companies all the time and I made pretty good money,” said Engman, who’s in his early 30s.

But, after a dream trip to South America, he came home to no job.

“I couldn’t find good work in this economy and there are some very qualified people finding themselves in the same position,” he said.

During a birthday trip to Florida with his father this past winter, Engman found business inspiration from a bag of dried peppers he purchased from a Mexican market there.

The peppers held the key to an exciting, and frustrating, new employment venture for Engman.

“It started in December (2011) when I bought my first bag of peppers and decided I was going to make my own hot sauce,” Engman said, handling a bottle of his milder Mad Gringo blend. “I started making it for friends, and then the demand for my sauces started to grow. I never went into it to make money. I was just really enjoyed it, and cooking is a great stress reliever for me.”

Suddenly, Engman found himself back to humble beginnings, cooking in his mother’s kitchen, hydrating peppers, combining both hot and sweet peppers to make his tasty condiment concoctions.

“A couple months after, I did the wackiest labels I could think of with my designer, and then started looking for sales locations,” Engman said.

He started selling at the Orillia Farmers’ Market, and his products — Original blend and Chipotle Stand Off — were big hits.

“The only complaint from the crazy chili heads was my sauces weren’t hot enough,” he said, picking up his latest creation, Deadly Inferno. “If you can take the heat of this, it’s got amazing flavour. I’m a foodie and I’ve built up a tolerance for it, but at the start I couldn’t take it.”

It’s enough to set your taste buds ablaze, and give any dish that fiery kick, he said.

But, as much as buyers are fired up over his product, running his own business is burning a hole in the businessman’s bank account.

“Its a grind, honestly. It pays for itself and I’m making a little profit, but it’s not doing as well as I want yet,” Engman said. “You pour your heart, soul and time into it and it’s extremely difficult doing it yourself. You have to be willing to put more time into it than anyone else does.

“When I got my first store — Local Foods Market in Barrie — that was awesome. But until I hit 10 retail locations, this (business) won’t really start spitting out profit for me.”

Maybe one day Engman will get the food truck he’s been thinking about and will start selling South American-style tacos, or maybe he’ll open a bar or a restaurant.

Until then, he’ll keep cranking out his flavourful sauces for his local clientele.

“It’s little battles every day, but it’s fun. If it stops being fun, I’ll stop doing it,” he said.

Are ribs or wings your thing? If so, you can head over to The Ranch in downtown Barrie where Mad Gringo’s Deadly Inferno has been made the bar’s suicide sauce for both meaty snacks.

You can also purchase some of the sauce by checking out the Facebook page ‘Mad Gringo Hot Sauce,’ or by visitingwww.madgringohotsauce.com.

— With files from Kate Grigg 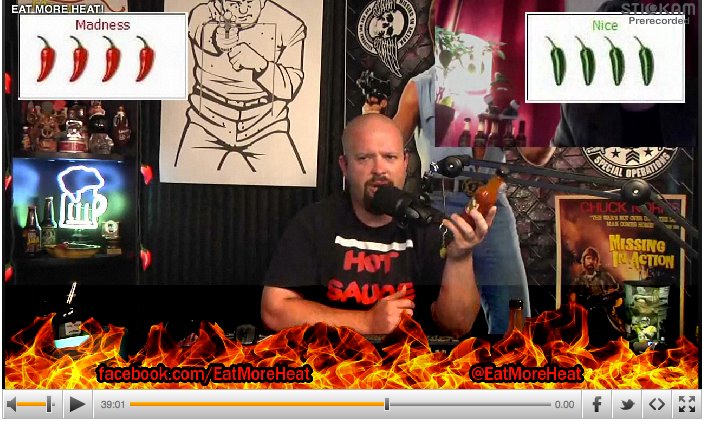 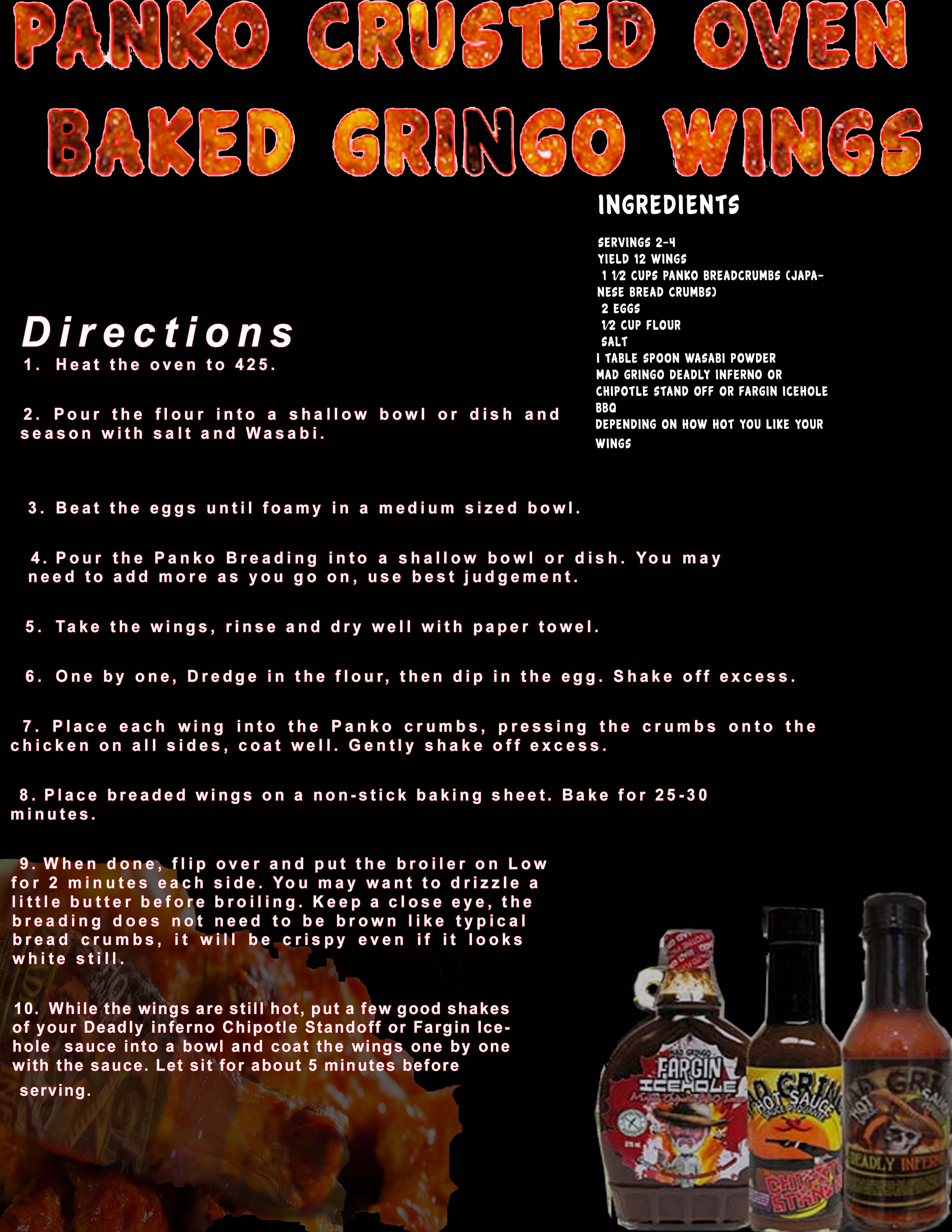 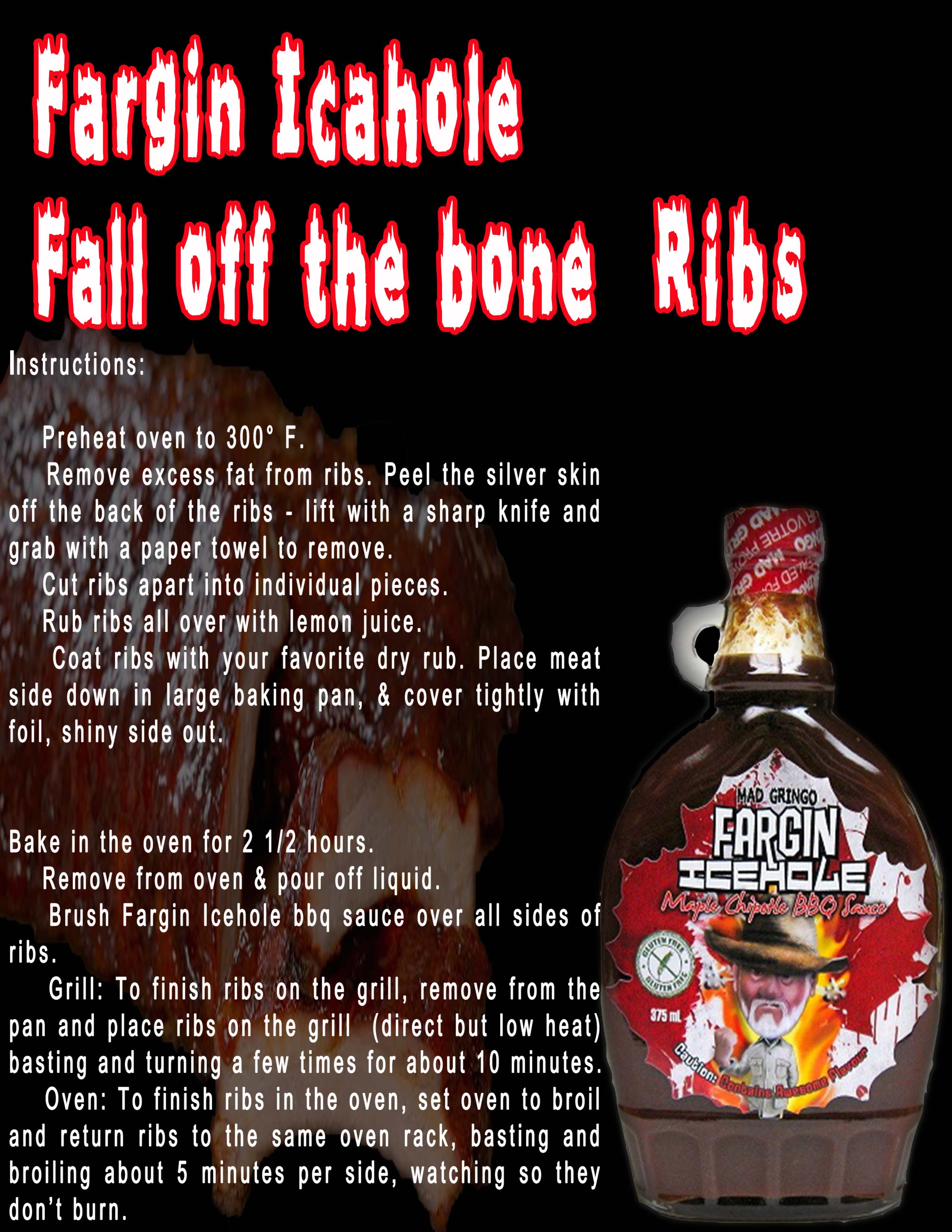 Category: Recipes
Do NOT follow this link or you will be banned from the site!